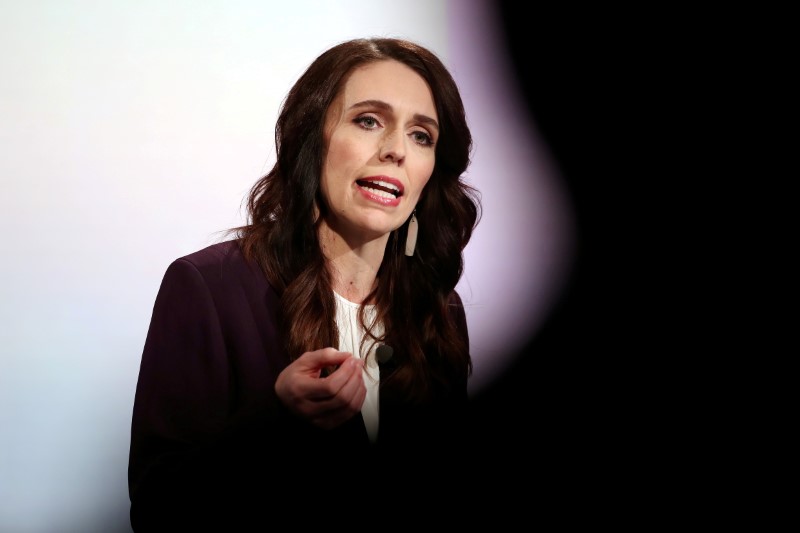 WELLINGTON (Reuters) -Under pressure from businesses and public sectors facing a worker shortage that policymakers fear will fuel inflation, New Zealand Prime Minister Jacinda Ardern is due to unveil plans this week to reopen the country’s borders.

However, that tactic is now straining an economy heavily reliant on an immigrant workforce, leading to higher costs and lower output.

The dairy, horticulture, housing, services, health and broader public sector have all reported acute staff shortages, and called on the government to raise border blocks.

The pressures were visible on Monday when around 1,500 hospital midwives walked off the job, citing overwork due to “critical shortages”. More than 30,000 nurses are due to strike later this month for the second time since June, seeking better pay and working conditions https://www.reuters.com/world/asia-pacific/thousands-nurses-go-strike-new-zealand-2021-06-09 amid the staff shortages.

“We rely on internationally qualified nurses to meet our staffing needs but with the borders closed we are not getting any,” said New Zealand Nurses Organisation industrial services manager Glenda Alexander.

“Kiwis are not coming into nursing as they are put off by the workload and the low pay,” she added. “Nurses are burning out, they are getting sick themselves and are constantly worried that they will make mistakes that could affect their patients.”

The hospitality sector has been similarly stretched. About 2,000 eateries stopped service and turned off lights https://www.reuters.com/world/asia-pacific/new-zealand-industry-ire-grows-closed-borders-worsen-labour-shortages-2021-07-07 last month as part of a two-month campaign to draw the government’s attention to the severe shortages chefs and other skilled labour.

Ardern has indicated she will remain cautious when she on Thursday outlines her government’s six-month plan for public health and border control.

“Any changes to border settings will be carefully considered in phases, based on risks,” she said on Monday. “We have come too far and gained too many freedoms to rush at this next step and go backwards.”

Ardern last week opened one-way quarantine-free travel for seasonal workers from Samoa, Tonga and Vanuatu, all countries with no active COVID cases, to address labour shortages in the horticulture industry.

New Zealand has recorded about 2,500 COVID-19 cases, including 26 deaths, among the lowest in the world and a track record that helped Ardern retain power in a blowout relection https://news.trust.org/item/20201017103350-zahf7 last October. The last reported case of local transmission was in February.

The roadmap will be based on the findings of a report by experts including epidemiologists titled “Reconnecting New Zealanders to the World.”

Still, businesses are pressing for the plan to include the resumption of labour imports, sooner rather than later.

The country’s unemployment rate is at pre-COVID levels, with more jobs than skilled workers. The underutilization rate, a measure of how many people are working less than they would like, is at a record low.

The labour shortages are pushing up costs as employers pay more to keep staff. Annual inflation reached a record 3.3% in the second quarter, much higher than central bank predictions.

Economists think the pressures will force the Reserve Bank of New Zealand (RBNZ) to tighten monetary policy next week to avoid overheating of the economy.

The government pumped stimulus through wage subsidies while the RBNZ dished out a NZ$100 billion quantitative easing programme in pandemic-induced polices that has caused rising inequality https://www.reuters.com/world/the-great-reboot/how-new-zealands-much-admired-covid-19-response-helped-fuel-housing-crisis-2021-04-16 and worsened a housing crisis.

A major concern for Ardern and policymakers is the Delta coronavirus variant, which is raging in neighbouring Australia and the world.

Experts have warned that the arrival of Delta into New Zealand would result longer lockdowns, particularly given only 21% of the country has been fully vaccinated.

“It (Delta) is much more dangerous than other strains of COVID,” Ardern said. “It changes our risk calculation in the same way that it’s changed everyone’s risk calculation.”