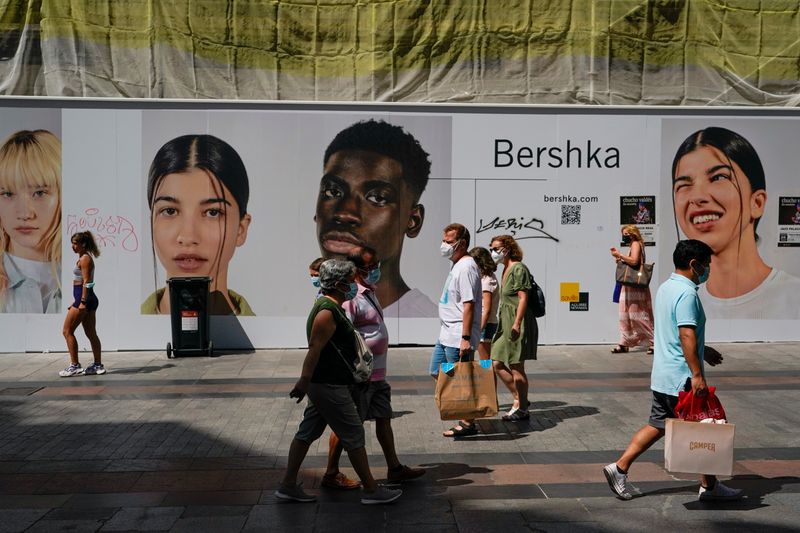 By Nathan Allen and Belén Carreño

MADRID (Reuters) – Spain’s economic recovery has been gathering pace in the third quarter, prompting a top international organization and the Bank of Spain to improve their forecasts on Tuesday while the Spanish government looked to a return to pre-pandemic activity levels by the end of 2021.

One of the countries worst affected by the pandemic’s first wave in 2020, Spain’s GDP collapsed a historic 10.8%, but the Organisation for Economic Cooperation and Development (OECD) said on Tuesday it should be the group’s fourth-fastest growing economy in 2021, expanding by 6.8%.

The Bank of Spain also upgraded its 2021 growth forecast slightly, to 6.3%, although it said uncertainties associated with the pandemic remain.

The central bank said it did not expect activity to regain pre-pandemic levels until 2022, cooling the optimism of the Spanish government, which is betting heavily on the stimulus effect from European Union recovery funds.

Speaking at a news conference, Economy Minister Nadia Calvino maintained the government’s economic growth targets of 6.5% for 2021 and 7% for 2022.

Private consumption and the release of household savings built up during months of lockdown and restrictions on social activities will be the catalyst for this economic recovery, the OECD and Bank of Spain agreed.

Calvino said that Spaniards were sitting on up to 50 billion euros in savings that could be released in the coming months.

Despite the inflationary pressure from a meteoric rise in power prices, analysts believe the effect will be transitory and rule out, for the time being, second-round effects.

Calvino stuck to her previous forecast that unemployment would fall to 15.2% at the end of 2021 from the 15.3% reported in the second quarter, but still significantly higher than the 13.8% seen in the fourth quarter of 2019.

Solid domestic demand and looser COVID-19 restrictions during the summer as well as a partial recovery of the tourism industry, including the return of a significant number of foreign tourists have contributed to a rosier outlook.