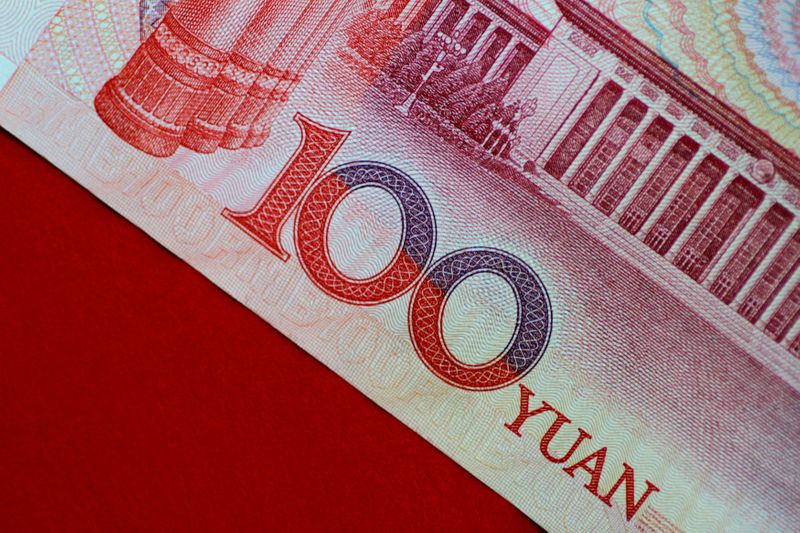 © Reuters. FILE PHOTO: A China yuan note is seen in this illustration photo May 31, 2017. REUTERS/Thomas White

Several banks and insurers are connecting their systems with a platform of the Ministry of Finance that monitors liability and expenditure of LGFVs, the newspaper said, citing industry sources.

Local governments have been under pressure to boost economic growth through infrastructure spending via LGFVs, but the risk of defaults has raised jitters in financial markets as Beijing has signalled it will allow some heavily-indebted LGFVs to fail.

In future, banks and insurers will refrain from providing fresh liquidity to those platforms that enjoy implicit guarantees from local governments, and will prevent hidden debts from increasing, the report said.

Some projects backed by local governments have already been halted after failing to obtain bank loans due to tighter scrutiny, it said.

LONDON (Reuters) -London’s Heathrow Airport urged Britain on Monday to open up travel to vaccinated passengers after its recovery fell behind Europe, pushing its cumulative…

A look at the day ahead from Saikat Chatterjee.
World stocks snapped a four-day rising streak on Monday as a widening crackdown on some parts of the world’s second biggest economy…

By Karen Pierog CHICAGO (Reuters) – The $22 trillion market for U.S. Treasury securities may get a reality check from the Federal Reserve this week following a plunge in interest…